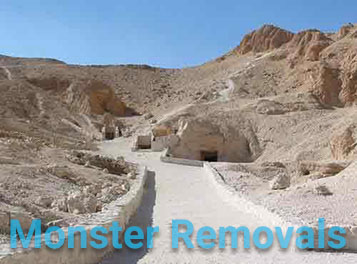 Rock-cut structures and monuments are impressive and mind blowing creations which attract people. Here are several of the most beautiful rock-cut temples, tombs and buildings that you should absolutely witness in person during your lifetime.

Located in the modern day Turkish provinces of Antalya and Muğla, the Lycian Tombs are complex burial chambers which are carved directly into the rock face of a cliff. They are carved to mimic the facades of timber Lycian houses and were used for the burial of wealthy locals. The tombs are well-known for their elaborate and detailed interior and exterior decorative features. Some chambers have rock-cut exteriors which either depict specific qualitied of the deceased or important events from his life. All funeral chambers were sealed with a sliding stone door. The Lycian Tombs are part of the UNESCO World Heritage Site and are regarded to be one of Turkey’s most important places of interest.

Tombs of the Kings

The Tombs of the Kings is a large necropolis which lies in close proximity to the Cypriot coastal city of Paphos. Most of the underground tombs date back to the 4th century BC and historians believe that they were used for the burial of Paphitic aristocrats and high officials. Despite the site’s name there are no archaeological or historical evidences which prove that royal figures have been buried at the necropolis. The existence of the tombs has been known for centuries but they were explored systematically for the first time during the 1970s and 1980s. The Tombs of the Kings are among Cyprus’s most prominent landmarks and are classified as a World Heritage Site by UNESCO. 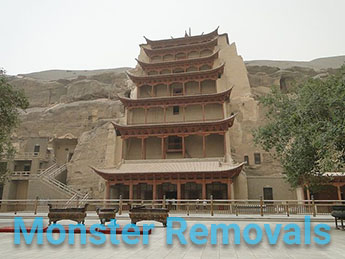 The Mogao Caves are a network of 492 rock-cut temples which are located in the eastern parts of the China. The first caves were created during the mid-4th century as a site for Buddhist worship and meditations. Today, they contain some of the finest example of rock-cut Buddhist art. Most of the artwork and sculptures depicts Buddha. The Mogao Caves area among China’s most prominent and well-known landmarks and a testament to this is the fact that they have been listed as a World Heritage Site by UNESCO since the late 1980s. In 1900, archaeologists discovered a hidden grotto which was walled during the 11th century. The newly found cavern was named “Library Cave” as it held important documents related to Chinese history and the creation of the Mogao Caves.

A UNESCO World Heritage Site since 2008, Mada`in Saleh is situated in the Al Madinah Region of modern day Saudi Arabia. It was the southernmost and second largest settlement of the Nabataean Kingdom. It was built during the 1st century AD around an oasis which provided fresh water for the local inhabitants. The site is known for its beautiful desert landscape which is marked with sandstone boulders of different height and sizes. The Nabataeans called the settlement Hegra and its local uses the sandstone outcrops as burial sites. They rock-cut the funeral chambers and buried their deceased before sealing the tombs. Today, four necropolises have survived the test of time and feature a total of 131 burial chambers which spread over an area of approximately 13 kilometres.

Valley of the Queens

You can learn more about the Valley of Queens and the Valley of Kings by visiting the British Museum in London. You can do that while skilled and experienced movers are handling your property removal.

Lalibela is a town in the northern parts of Ethiopia, Africa. It is one of the country’s holiest settlements and is recognised as a centre for pilgrimage. The town is known for its monolithic churches the most famous of which is St. George. It was the last of the eleven religious edifices which historians believe that were created during the 12th and 13th centuries AD. The churches are listed as World Heritage Sites by UNESCO and are divided into three different sectors: Western Group, Eastern Group and Northern Group. They are among Africa’s most notable and visited buildings.

Göreme is a district in the central parts of modern day Turkey. The region is known for being once the home of the Göreme people, who carved the local soft rock formations into houses, churches and monasteries. The churches of Göreme of among Turkey’s most noted landmarks and are one of the several Turkish UNESCO World Heritage Site. They were created during the post-iconoclastic period and contain some of the finest examples of Byzantine frescoes and Christian artwork. Every year they are visited by hundred thousands of people and are truly mind blowing structure which everybody should visit at least once. 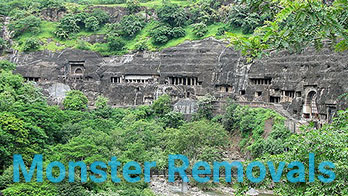 Situated in the Indian state of Maharashtra, the Ajanta Caves are a complex of 30 rock-cut monuments. The earliest caves date back to the 2nd century BC while the oldest were carved from the 4th to the 7th century AD. The complex comprises of several monastic halls of residence known as viharas and stupa monument chambers known as chaitya-grihas. The Ajanta Caves were lost for centuries until a British officer discovered them during the early 19th century. Today, they are one of India’s numerous World Heritage Sites and of course are a high profile touristic site which welcomes thousands of visitors on a yearly basis.

Nicknamed “Rose red city”, Petro is undoubtedly the most famous rock-cut city in the world. It was the ancient capital of the Nabataean Kingdom and historians believe that it was established during the 3rd century BC. Today, it is Jordan’s most valuable treasure and visited landmark. The entire settlement is carved into the side of the Wadi Musa Canyon. Al Khazneh is the site’s most famous structure and has featured in numerous cinematic productions.