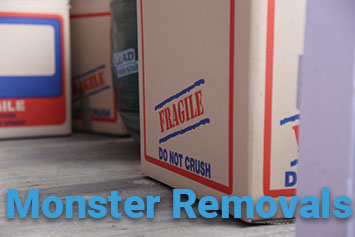 Our way of life, compared to the past has become much more active. While it was common to stay in your place of birth, the same home even, for generations, now it is typical that we switch a couple of houses and even a couple of cities and possibly countries in our lifetime. Our safe and comfortable transition from one living place to another has been made possible by the experience and devotion of leading firms in the field of domestic and commercial removals.

While the man and women that make these moves possible are often veteran professionals, capable of handling every task that you throw at them, it is often a good idea to ready up your home or your workplace for their task. There are a few things you can do to render their job much easier (for your own sake too). The more work they have to do, the higher the chance of damages and delays becomes, and also the price of their service. These precautions are in no way meant to replace their labor, or make you break a sweat, and are merely small ways to help the people making your relocations possible.

One of the biggest problems with customers in the industry is that they simply are not aware of what they want. Sure they want their entire household or business moved, but they often fail to mention that some items should stay where they are,  leading to much backtracking. In a similar vein fragile items, or those that have a way up, are again often omitted by their owners much to their dismay once the move is complete. While damages, sustained during transportation should be covered by the insurance most firms offer, failing to mention such details might render it void, also why even let these items break in the first place.

More of a solution the problems listed above, a list with your belongings, especially if the move is rather complex, is compiled by your relocation experts. Having one ready, preferably with any specifics of the job highlighted, often helps the packers and movers tremendously and lets you avoid any errors during relocations that have the awful habit of manifesting themselves  long after anything can be done about them and that lead you to spending even more money.

Now of course everybody loves working in a clean environment, but this is not the only point of this advice. Often the jobs that relocation experts undertake include hordes of rubbish, mixed with actual valuable items. It is a good idea to get rid of the useless stuff, or at the very list separate them from your possessions that you want to see at your new location.

Put a smile on your face

Probably the most important advice on this list. Simply maintaining a positive behavior when dealing with the people you have hired could guarantee far better result than any other preparation you have made. A little politeness can get them to work that much more careful, and besides they are human too.